From ROMO to Nordic Comfort Products

Functionality and two young enthusiasts were the beginning of Nordic Comfort Products, known as ROMO. In 1932, Lorang Berg and Oskar Moberg walked past a stack of steel pipes and decided to start manufacturing steel pipe furniture. 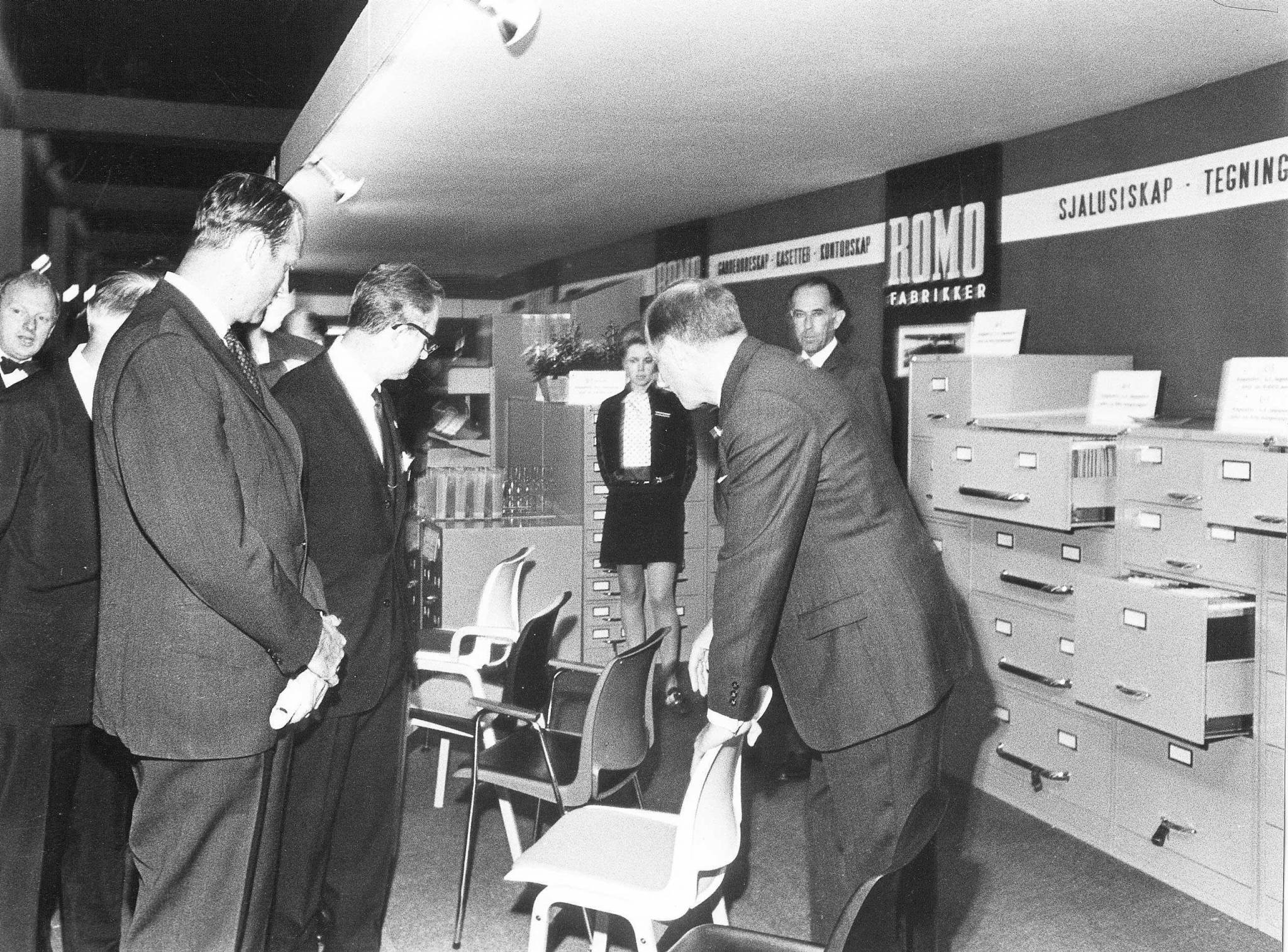 The company grew to become one of the leading suppliers of steel pipe furniture for school systems and in particular seatings for buses, trams, and cars. Additionally, in the 1950s, they produced over 4000 wardrobes and 2500 steel cabinets.

Smart solutions were at focus during the 1950s - both in terms of the use of aircrafts both as a transport and freight solution and in relation to collapsible aircraft seats. Function had to be able to change quickly from passenger transport during the day to mail freight at night. Seating comfort and function were thus very important. The company continued to develop seating solutions for various purposes and various steel products.

In 1957, ROMO received a request to produce the front seats in all Volvo cars - a delivery of 20,000 seats. The factory's owner Moberg feared that such a large order would tie up too much of the production capacity, and thereby the risk of losing other important customers. The company, therefore, decided to focus on other opportunities in the market.

The material in this century was plastic. In the 1970s, mass production of chairs was started based on the new Nordic shell designed by Norwegian modernist Bendt Winge. The plastic shell became very popular and is supplied in large quantities, both with and without cushions in the seat and armrests.

The Nordic plastic shell was launched after 2 years of work where doctors as Sophie's Minde, and "sit-right" specialist Dr.Seiffarts were consulted. Bendt Winge received the Label for Good Design for the chair with the name R-49. The "R" in many of our product names refers to ROMO.

Nordic Products AS was established in 1973 and takes over the part of ROMO that supplies steel furniture. The business grew very successful and did at this time export furniture to countries such as Canada, England, France, the Netherlands, Singapore, Lebanon, Switzerland, and Austria. The export share was 82% in 1974. 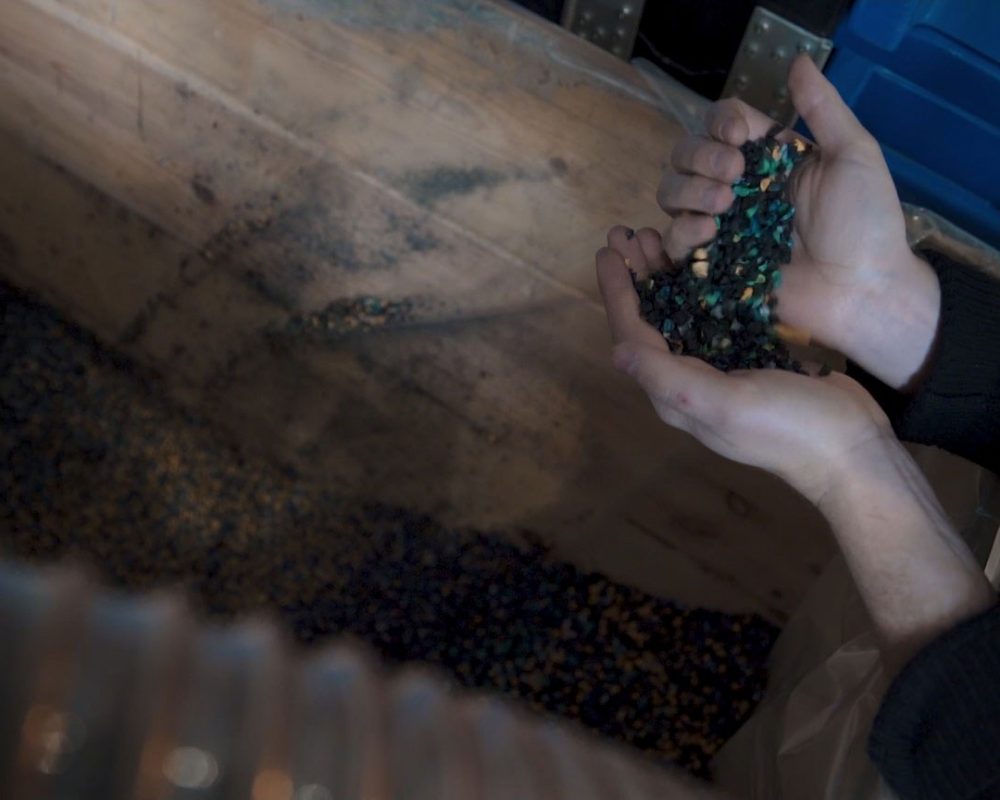 The success continues, and in 1984 Nordic Products AS had 10 employees and supplied high-quality furniture, as well as a healthy and reliable business with a turnover of NOK 14 million. From the annual report in 1987 one could read that "our models are up-to-date, sell well and satisfy public and general requirements". In 1989, the company was bought by Hemnes municipality and Hemnes Sparebank, and production was moved from Oslo to Hemnesberget. In 1991, 7 employees took over the company and the majority of the shares are still owned by 5 employees and 5 pensioners/former employees.

Success continues in the Hemnesberget. In 1990, 55,000 copies of R-48 were sold and Nordic Products AS achieved a turnover of NOK 20 million.

NCP becomes a partner in a joint venture project with Norad, where the company Grip Nordic will be established in Sri Lanka. The company laminates various furniture products in rubber wood, a waste product from the production of rubber products in Sri Lanka.

During the period 1990 - 1999, the product range has been expanded to include chairs, tables, office chairs and office furniture to a total of about 55 product types.

The product portfolio is expanded and NCP launches the Rio chair in 2001/2002, a new plastic chair with a steel base. Rio quickly becomes a huge success and NCP's bestseller.

NCP launches the "Inno" office chair in 2003, is one of our best-selling office chairs of all time. NCP reaches a turnover of 39.6 million in 2007, and the company needs more space - a separate assembly hall of 800 m2 was therefore built next to the warehouse.

The focus is now, more than ever, on design. This involves collaboration with various designers, such as Tor G. Lundenes, Andersen & Voll and Snøhetta.

In 2017, work begins to investigate the possibilities in recycled plastic, and a collaboration with Sintef Manufacturing at Raufoss as well as Nova Sea and Kvarøy Fish Farming begins. Focus on sustainability, circular economy and reuse of plastic waste from the aquaculture industry will be important to implement in further developments and new product designs. In 2018, a collaboration between Snøhetta and Nordic Comfort Products has resulted in a structural redesign of Bendt Wing's classic R-48 chair from the late sixties through the environmental chair S-1500. The S-1500 was launched in February 2019.

Winge's R-series chairs for schools and offices have sold more than 7 million units worldwide. The new chair - known as the environmental chair S-1500 - is produced from replaced nuts, ropes and pipes supplied by local farming companies such as Kvarøy Fiskeopdrett and Nova Sea. By eliminating the need to use new raw material in production, the chair has a carbon footprint that is one of the lowest in the market. This has been carried over to other self-produced products in the portfolio.